We are a global financial services group operating across the UK Macquarie Group in the UK

invested and arranged in UK infrastructure since 2005

employees in the UK
Learn more about our presence

Macquarie Group in the UK report

Learn about our impact and plans to support the delivery of more than £12 billion of investment across key areas of sustainable infrastructure in the UK. 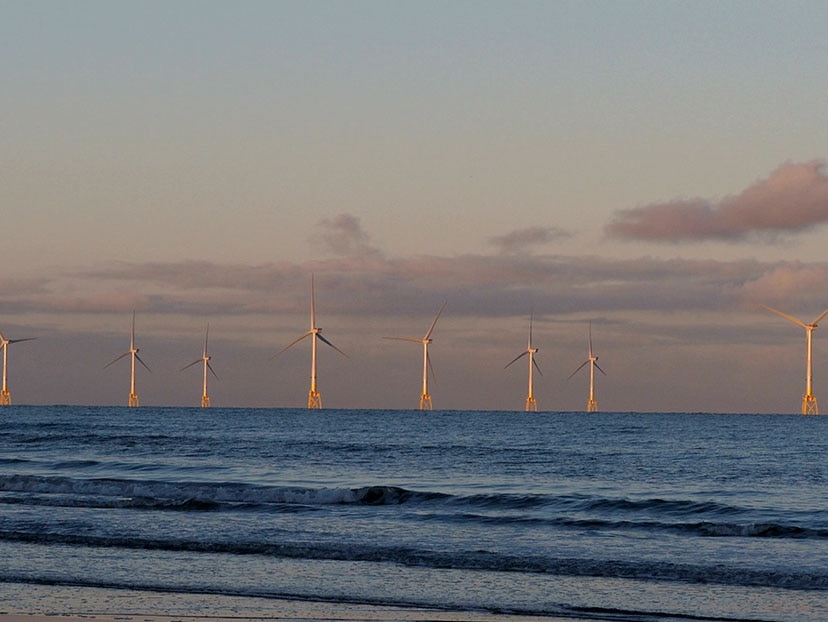 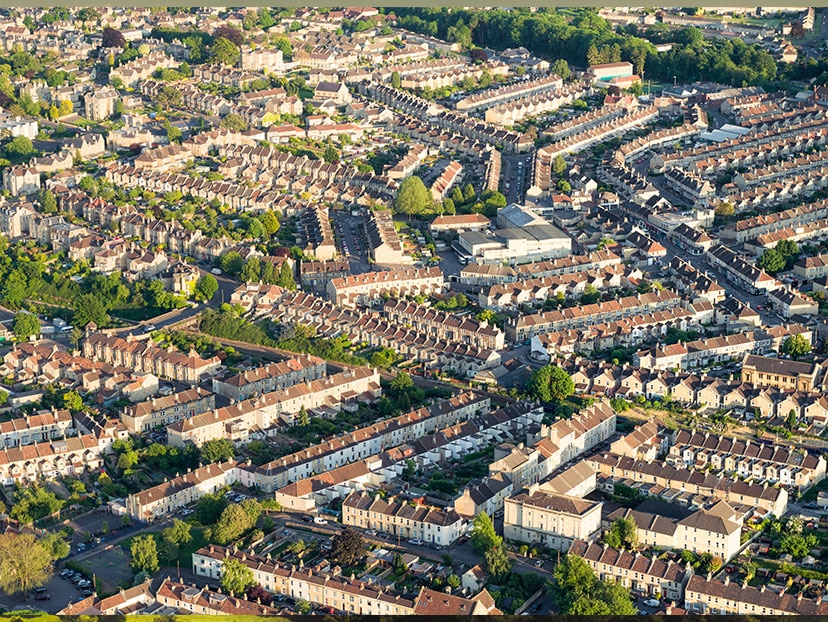 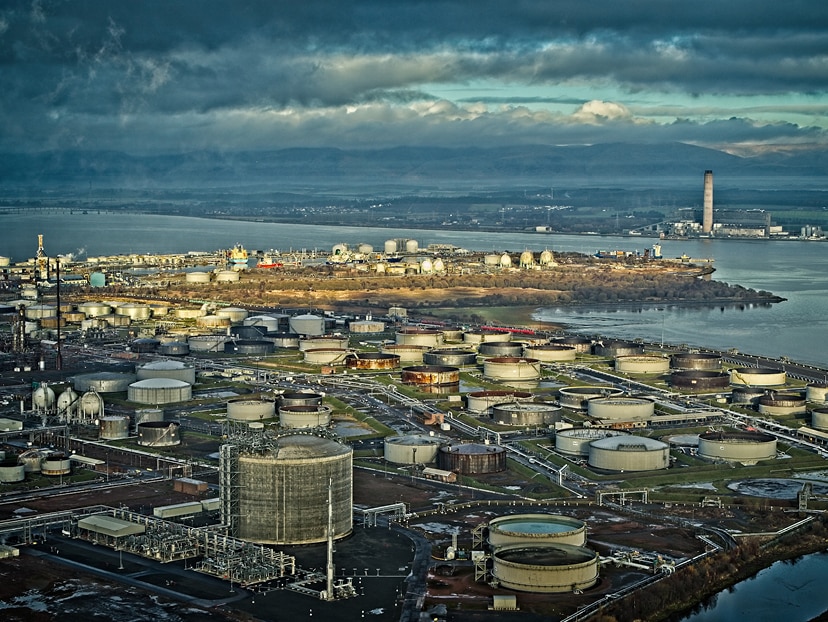 Other key areas we're investing into across the UK

Macquarie has been investing in new solar capacity by creating, acquiring and investing in development companies and financing rooftop and utility scale projects. This includes the Green Investment Group’s Cero Generation, a leading utility-scale solar developer headquartered in the UK, working across Europe with local development partners to support the transition to net zero.

Launched in 2021, Cero Generation is the home of one of the largest solar development portfolios in the UK. This includes the Larks Green Solar Farm, a 50MW UK-based subsidy-free utility-scale solar PV project, located in South Gloucestershire.1

To meet the UK’s 2050 net zero target, it is estimated that the proportion of intermittent wind and solar capacity in our generation mix will need to increase to almost 60 per cent by 2030.1 Battery storage provides grid operators with the tools and flexibility to deal with this increased variability of supply and finely match it to demand.

In 2021, the Green Investment Group announced its investment in a 187MWh portfolio of new battery storage capacity across the UK, which includes sites in Scotland and South East England.

We also recently entered into a joint development agreement with Bluestone Energy to develop up to 2GW of UK battery storage projects. Projects representing 1.3GW are already in early-stage development, having secured grid connection offers, with the pipeline continuing to grow steadily.

Our global efforts to support energy grids have been enhanced through the launch of Eku Energy, a new global specialist battery storage business, headquartered in the UK. Eku Energy’s initial portfolio brings together the Green Investment Group’s existing battery storage activities in the UK, Australia, Japan and Taiwan.

Our Commodities and Global Markets business is also a significant funder and supporter of smart energy, with more than one in six homes in the UK benefiting from a Macquarie-owned meter, of which more than two thirds are now smart.2

Water companies have a central role in managing our most vital resource, protecting public health and conserving the environment. However, many water companies have struggled to meet the expectations of their stakeholders as they grapple with ageing infrastructure, exacerbated by the impacts of population growth and climate change.

Following several years of underperformance under its previous ownership, funds managed by Macquarie Asset Management took a majority stake in Southern Water in September 2021 and made a series of commitments aimed at improving the company’s operational performance, financial resilience, and relationship with its customers. This included a commitment that Southern Water would invest more than £2 billion in its network during the current five-year regulatory period – equivalent to £1,000 per household – to accelerate the company’s operational transformation and reduce pollution incidents by more than 50 per cent by 2025.

Home internet connectivity and access to fast, reliable broadband has never been more important, but only 70 per cent of UK premises have access to gigabit-capable broadband today. The UK Government’s aim is to increase this to 85 per cent by the end of 2025. Access to fibre-to-the-premises (FTTP) is currently around 30-40 per cent.1

In 2019, Macquarie Capital made an initial investment in Voneus, a leading specialist in Fixed Wireless Access technology, and has since increased its ownership to a majority shareholding in the business. With Macquarie's support, Voneus is bringing ultra-fast full-fibre broadband to communities that have historically suffered from slow internet speeds, including Buckland Dinham in Somerset and Dunton in South Bedfordshire, unlocking significant economic and social benefits for the UK.

Macquarie Asset Management has also been investing in the UK’s digital infrastructure. In September 2022, Macquarie-managed KCOM announced the next phase of its plan to deliver the UK’s fastest and most accessible full-fibre broadband to communities in Lincolnshire and Hull in East Yorkshire. The new £100 million investment will see KCOM’s fibre network expanded to reach around 350,000 properties.

Through its airport, road and port investments, Macquarie is enhancing the capacity and sustainability of the UK’s essential transport infrastructure.

At Southampton Airport, part of the Macquarie Asset Management-managed Aberdeen, Glasgow, Southampton (AGS) Airports group, the business is moving forward with plans to secure its contribution to regional connectivity and economic growth. These involve a 164-metre runway extension at Southampton Airport to accommodate larger aircraft and diversify the airport’s route network for the benefit of communities across the South East.

Similar investment plans aimed at future-proofing connectivity and capacity are being progressed at Farnborough Airport, London’s business aviation gateway. In 2022, the Macquarie Asset Management portfolio company began work on a £55 million project to deliver a third hangar. The state-of-the-art, sustainably-designed facility will expand the airport’s hangar capacity by more than 70 per cent when it is completed in 2024.

These ambitious projects will be delivered while remaining focused on the need to reduce the emissions intensity of the aviation sector.

Macquarie Capital is also a major infrastructure developer, supporting UK transport projects throughvpublic-private-partnerships (PPP). This model used for London’s Silvertown Tunnel, which was awarded to the RiverLinx consortium including Macquarie Capital, by Transport for London (TfL) in 2019. Due to open in 2025, the project delivers a vital piece of infrastructure to prepare for London’s future population growth and relieve chronic congestion and poor air quality around the London Blackwall Tunnel.1

Addressing the undersupply in high-quality, sustainable and professionally-managed rental housing across key regional cities will unlock substantial economic and social benefits for the UK.

Macquarie Asset Management launched Goodstone Living in 2021. This specialist real estate development and investment management business was established to design, deliver and operate the UK’s next generation of rental communities, offering quality homes, bigger spaces and a better rental experience. It also aims to create healthier homes and communities, with a focus on halving operational carbon emissions and significantly reducing embodied carbon at its development projects.1

These principles are being demonstrated at Goodstone Living’s first sites in Birmingham and Edinburgh. 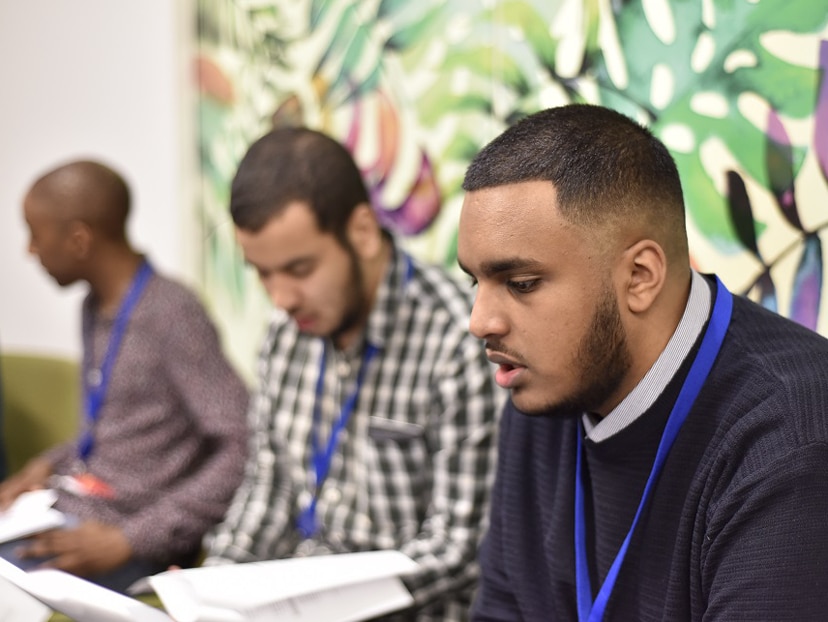 One year on: Generation UK and Macquarie launch the pioneering training programme for green jobs

Generation UK and Macquarie are helping people from unemployment enter into meaningful and live-changing work experiences that will contribute to the UK's clean energy transition. Hannah Whyte: The growing importance of gender diversity in sustainability Dario Traum: A commitment to the low-carbon transition