A transport revolution: The trends set to change the way we commute, send goods and live

Greg Callman, Global Head of Energy Technology at Macquarie Capital and Stephan Feilhauer, Managing Director at Macquarie Capital, share their insights into what they predict will fundamentally change the way global economies and societies move, in terms of both people and goods.

As fleet electrification gains momentum, populations rely increasingly on private transit due to COVID-19, and urban populations disperse further outside city centers, we will see a monumental shift in the way transport effects our daily lives.

“For more than half a century, little has changed when it comes to transportation,” Greg Callman says. “A vehicle from the 1960s is recognisable today. By and large, the engines are similar, the way we use them is similar, and the networks that enable them are similar.”

“However, we are moving into an era where transport will transform more quickly than in the recent past.”

1. The electrification of (almost) everything

The first trend expected to alter the transport landscape is electrification. Prior to COVID-19, sales of electric vehicles (EVs) were exploding – rising by 65 per cent globally between 2017 and 2018, according to McKinsey data1. Although this rate has slowed significantly due to the pandemic, Deloitte research shows EVs should still make up 32 per cent of the total market share for new car sales by 20302.

According to Callman, EV take-up among private motorists will cause significant disruption to the value chain. Industry players are rethinking where value is created, from the sales model - where dealers often earn slim margins and rely on service for profit - through to the infrastructure required to keep vehicles on the roads and the way energy is purchased in the home or garage. Arcadia, one of Macquarie’s portfolio companies, is effectively a digital utility that can enable customers to receive a single bill that covers an electric vehicle lease, the electricity bill for home and vehicle, together with a credit for solar energy.

Two of the world’s largest retailers, Amazon and IKEA, have committed to actively converting their delivery fleets to electric vehicles. Callman believes that as battery technology improves and continues to see cost declines, electricity becomes the fuel of choice for trucks, tractors and other heavy commercial vehicles, even aircraft. InCharge, another Macquarie portfolio company, is one of the few groups in the US focused entirely on developing charging infrastructure for commercial and public fleets.

“We already see cases where electric vehicles show a lower total cost of ownership (TCO) than combustion vehicles. As the technology improves and volumes increase, we will see scenarios where the up-front purchase prices converge as well. For commercial operators, the TCO case may be sufficient.”

These projects involve integration of various technologies, so are not always simple, but customers are looking for simplicity. Calibrant, a recently formed joint venture between Macquarie GIG and Siemens, is designed to help deliver distributed projects as a service, which simplifies the experience for the customer.

2. A move from mass transit to individual

Another trend the COVID-19 pandemic has encouraged is the move from mass transit to private transportation. In June 2020, after lockdown measures had been lifted, travel on public transportation was around 25 per cent of pre-pandemic levels in London, Milan and Paris, 30-40 per cent in Berlin and just 17 per cent in Madrid3.

Stephan Feilhauer believes this won’t just accelerate the already high adoption of ridesharing apps, but will lead to other innovations where people - and even companies - look to tap into the perceived personal security and hygiene benefits of smaller-scale transport.

“We are big believers in software platforms that will provide the backbone to modern transport, such as our portfolio companies SpotHero, that guides drivers to parking spots, Envoy that enables shared rental cars for apartment buildings, or Via, whose algorithms power public mobility solutions in more than 100 cities and 20 countries.”

Another trend Feilhauer notes is that companies are beginning to provide their own door-to-door transport services in small buses to their workforce.

“This tends to make people more comfortable because they know who they’re sharing a space with and that social distancing and other hygiene measures will be enforced.”

For many years, knowledge workers have tended to congregate close to the center of major cities to be close to the jobs they work. However, the rise of telecommuting and other flexible working measures - exacerbated by the COVID-19 pandemic - may have started to reverse this trend.

A Stanford Institute for Economic Policy Research survey found that in June 2020, 42 per cent of Americans were working from home full-time5. With people becoming accustomed to social distancing, the same survey reported a 25 per cent drop in demand for densely populated office space.

Even when a vaccine is available and the world begins to return to normal, Callman expects we will see a greater number of skilled workers living in outer suburbs and regional centers. He also believes this decentralisation will be accompanied by a rise in novel use of real estate that combines retail and logistics, distributed manufacturing, and even distributed airports, served by eVTOLs (aircraft capable of vertical take-off and landing).

Callman says that in the coming years, work-based travel could be facilitated by smarter, smaller-scale air travel that brings together traditional aviation with newer concepts, such as electrification, ride sharing and autonomous technology. He notes that companies including Uber Elevate and Joby Aviation are making progress in this field.

“Electric VTOL technology will make it feasible to travel short distances via air in much smaller aircraft. Even when we return to working in offices closer to full-time, we should expect to see people living in a wider geographic area, eventually using the reduced cost of air transport to commute.”

"We’re likely to see a global boom in infrastructure spending. But we will also see more investment in the software and technologies that allow our infrastructure to be used more efficiently."

4. The growing importance of data and logistics

Finally, Feilhauer observes that the most significant growth in transport volumes over the coming years won’t involve shifting people, but freight. Even before the pandemic, an Australian Bureau of Infrastructure report forecast that road freight volumes would increase 56 per cent over the next two decades - driven largely by retail, as well as by construction, agriculture and other sectors6.

Feilhauer says that the increased traffic associated with this trend could place our roads under significant pressure, especially in jurisdictions that have under-invested in this space.

To cope, he notes, our delivery economy is already becoming a 24/7 operation where online retailers and other companies are choosing to deliver overnight when it’s quicker and cheaper. However, he says that more will also be done to improve existing infrastructure and utilise it at full capacity.

“We’re likely to see a global boom in infrastructure spending,” he says. “But we will also see more investment in the software and technologies that allow our infrastructure to be used more efficiently.”

As an example of this, Feilhauer cites StreetLight Data, a company in which Macquarie Capital recently invested. Using big data, artificial intelligence (AI) and machine learning, StreetLight allows users to analyse travel patterns and solve them, so that road, rail, cycle and pedestrian traffic can continue to flow through urban areas at full capacity.

“Data will play a much larger role in the running of our cities, with drivers, cyclists, aircraft and driverless vehicles having less autonomy and instead being directed along a specific route that ensures traffic keeps flowing.”

Feilhauer and Callman believe that the next couple of decades will be crucial when it comes to the way we transport ourselves and our freight.

“The wave of electrification, autonomy and de-centralization is emerging, we cannot be certain when momentum will reach critical mass across geographies, but the global magnitudes are clear,” Callman says.

“What is reasonably certain is that when the wave passes, transport of people and freight will barely resemble the technology and models of the previous century.”

Investing in the future of transport with Via

Enabling modernisation of the metro rail system in Manila 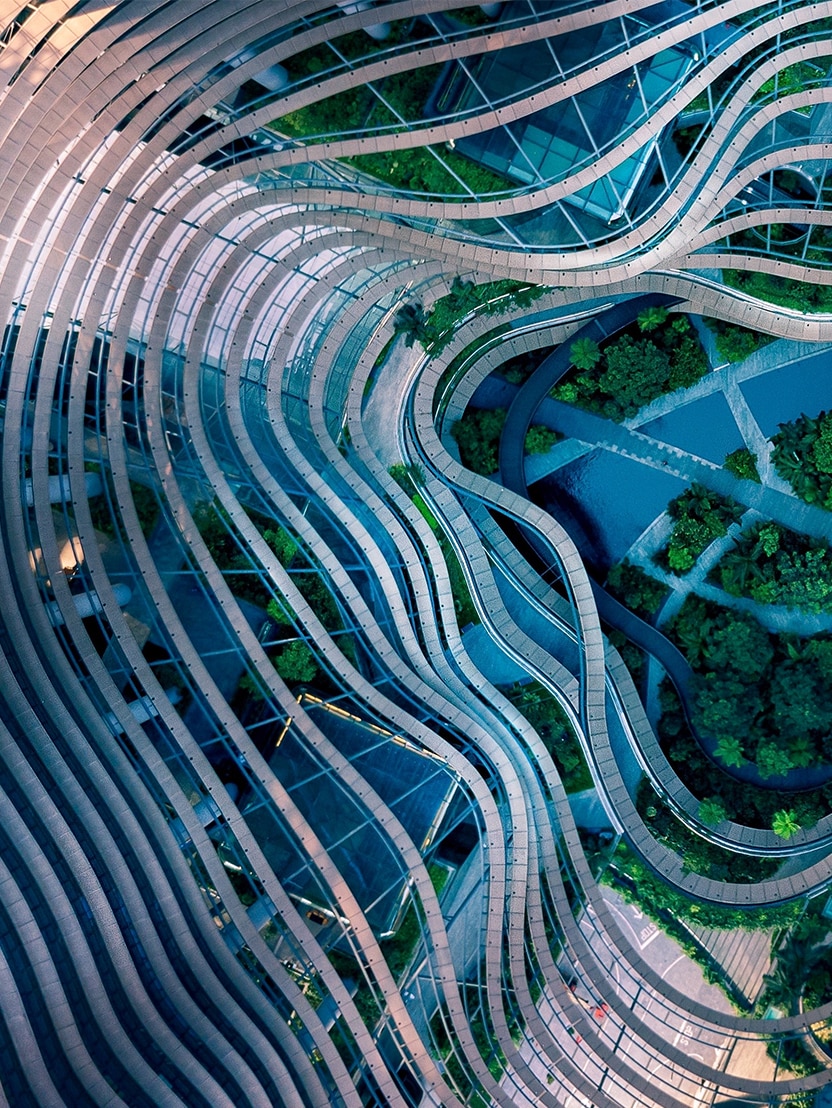