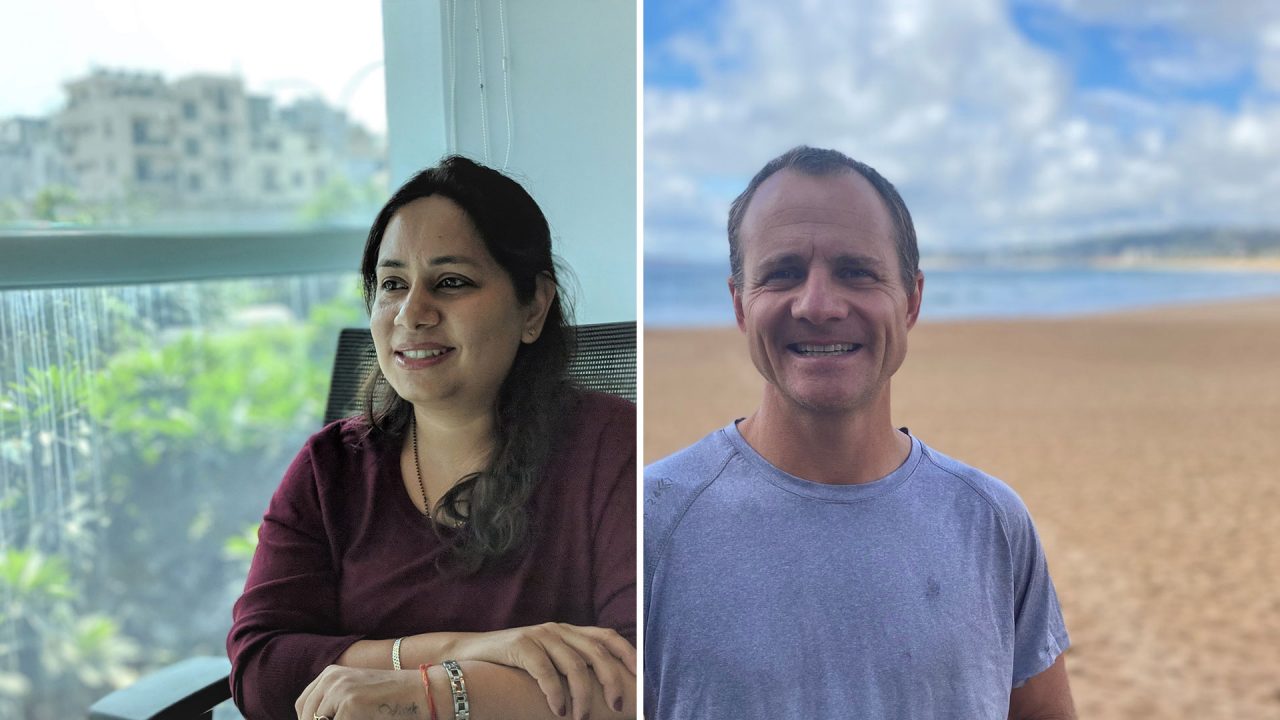 Doug Warden is an Associate Director in Macquarie’s Sydney office and Sakshi Sharma is a Vice President in Gurugram. They both work for Macquarie’s Financial Management Group and have spent three years on a global project - implementing a new general ledger.

In August 2021, Macquarie launched its new cloud-based general ledger - one of the biggest technology implementations in its history. Over a three-year period, completed in three major waves, Oracle, Deloitte, and Macquarie’s technical teams worked as one unit to implement the ledger - the project involved more than 1,700 people across 24 of Macquarie’s global offices.

The Oracle Fusion general ledger project created new roles and propelled careers in new directions. Doug Warden and Sakshi Sharma from the Financial Management Group share their experiences working on it and explain how it has shaped their careers.

Rolling out a new general ledger

Doug Warden explains that a general ledger is a critical finance system, summarising and characterising all the Group’s financial transactions.

“Data from the general ledger is used for external financial and regulatory reporting, taxes, board presentations and market analysis, among other internal purposes,” he says.

“For a large diverse global organisation, Macquarie is relatively unique in having a single global general ledger, covering all its entities and locations,” he explains. “The benefit is that we have one primary source of truth for financial reporting across the entire organisation.”

Macquarie upgraded its general ledger platform to ensure it had a best-in-class system that would evolve with Macquarie’s growing business.

As a central source of truth, the new general ledger needed to capture near real-time, accurate data from Macquarie’s systems.

“We use our general ledger for many purposes, across all our regions and businesses, so we needed a reliable and future-proof platform.”

Macquarie selected Oracle Fusion as the platform on which the new general ledger would be built and put together a team with a broad range of skills.

“The Financial Management Group is the primary user of the general ledger, but the implementation required us to work very closely with the Corporate Operations Group who support the platform. We also collaborated extensively between Macquarie’s business groups and external consultants and service providers throughout the implementation,” Doug says.

From tax to tech

To date, Doug’s career has seen him qualify as a Chartered Accountant in South Africa in 2004, before working for a Big 4 accounting firm in South Africa and Canada. In 2010, he moved to Australia and after looking for an organisation that would be a good cultural fit and offered growth opportunities, took a position at Macquarie as a Financial Controller in Macquarie Asset Management.

In 2013, Doug moved to tax reporting, where he worked on various projects that included implementing a new global tax regulation framework, Country-by-Country Reporting.

“After eight years at Macquarie, I was looking for an opportunity to grow, and the Oracle Fusion general ledger project had just kicked off,” Doug says. “Macquarie has an openness to people pursuing different challenges, and they needed someone with finance experience to undertake design work at the beginning of the project.”

In 2018, Doug took on that challenge, and stayed as part of the core team throughout the duration of the project.

“As a solutions design lead, I represented finance and tax stakeholders so that the new general ledger met their outcomes as we worked through design, testing, business adoption and integration and finally go-live,” Doug explains.

“One important by-product of the project was that we improved other business processes that fed into the general ledger.”

Doug’s experience working on such a large project has enabled him to move onto his next opportunity at Macquarie, working in Group Treasury leading change and regulatory improvement projects.

From product control to projects and change

In 2007, Sakshi Sharma completed her MBA in Finance and began a career in accounting. She worked in operations for hedge funds, before moving into product control. However, the birth of her first child precipitated a move closer to family and a desire for flexible working, so in 2016, Sakshi joined Macquarie’s Gurugram office in India.

“I took a product control role with the Commodities and Global Markets group in the Equities, Derivative and Trading team, aligned to the Asia desk,” Sakshi explains.

“Macquarie continually gives people the opportunity to try new things and the flexibility available is amazing - even before the pandemic. They give you the freedom to structure your work to balance your personal life with your deliverables.”

By 2019, Sakshi was Assistant Vice President in product control, managing a team of six people. In this role she had the opportunity to work on an innovation project, sparking her interest in the field. Encouraged by her managers, she stepped into a role on the new general ledger implementation.

“I wondered if I was doing the right thing, coming out of a core function finance role, into a support and change function on a project,” Sakshi says. “The project was dynamic and there was lots to learn.”

Originally part of the Solution Design team, Sakshi’s job was to connect with stakeholders in Sydney, including Deloitte, working with them to understand what Fusion offered. She then worked on a plan that went through rounds of internal business approval and redesign, testing, implementation, integration and training followed, where she worked with multiple stakeholders within the Fusion program as well as functional teams globally.

“Implementing a new general ledger impacted the way the teams undertook their work,” Sakshi says. “So, ensuring each change was positive, and convincing the teams to get on board, was critical”.

When the pandemic hit in 2020, the project continued remotely, with Sakshi running virtual training sessions over Zoom for 300 staff at a time.

“We had to adapt,” Sakshi says. “I would have had shaky legs in a training room with that many people but training virtually on this scale was a different experience.”

Doug says that implementing the new general ledger required a coordinated and collaborative approach. Thorough planning made sure that when it successfully went live in August 2021, it exceeded most people’s expectations.

Both Doug and Sakshi say they gained a huge sense of achievement by working on such a large and pioneering project.

“Large organisations don’t upgrade their general ledger very often and especially to this scale, so this was a unique career opportunity to work on a project that would impact a lot of people,” Doug says.

“To know we now have a best-in-class, future-proofed platform, makes me feel I’ve contributed to something incredibly worthwhile,” Doug says. “The new ledger will support business growth and diversity. It’s cloud-based, flexible, and benefits from regular updates and new technology.”

For Sakshi, working on a large project that was constantly in the limelight has sent her on a new career trajectory.

“I was learning, connecting with global leaders and stakeholders, involved in teamwork with a diversity of people, and helping the business,” Sakshi says. “Joining the project really has transformed my career.”

With the first stage now well and truly complete, Sakshi has joined Macquarie’s Finance Platform Solutions team which is working and exploring enhancements to the new general ledger.

“Working in projects means you’re always enacting change,” Sakshi says. “I’m excited about the next phase of Fusion and the opportunities that it brings for improvement and enhancement of the tool.”

Since the project ended, Doug has transferred to Group Treasury, where he works in projects and change for regulatory process improvement.

“Being a leader on a large-scale financial uplift project broadened my career beyond finance and tax and was incredibly rewarding working with people and teams from diverse backgrounds,” Doug says.

“I enjoy finding solutions to complex problems,” Doug says. “And, at Macquarie, there’s no problem too hard. The new Fusion general ledger is an example of this perseverance.”

Explore opportunities with our teams in the Financial Management Group