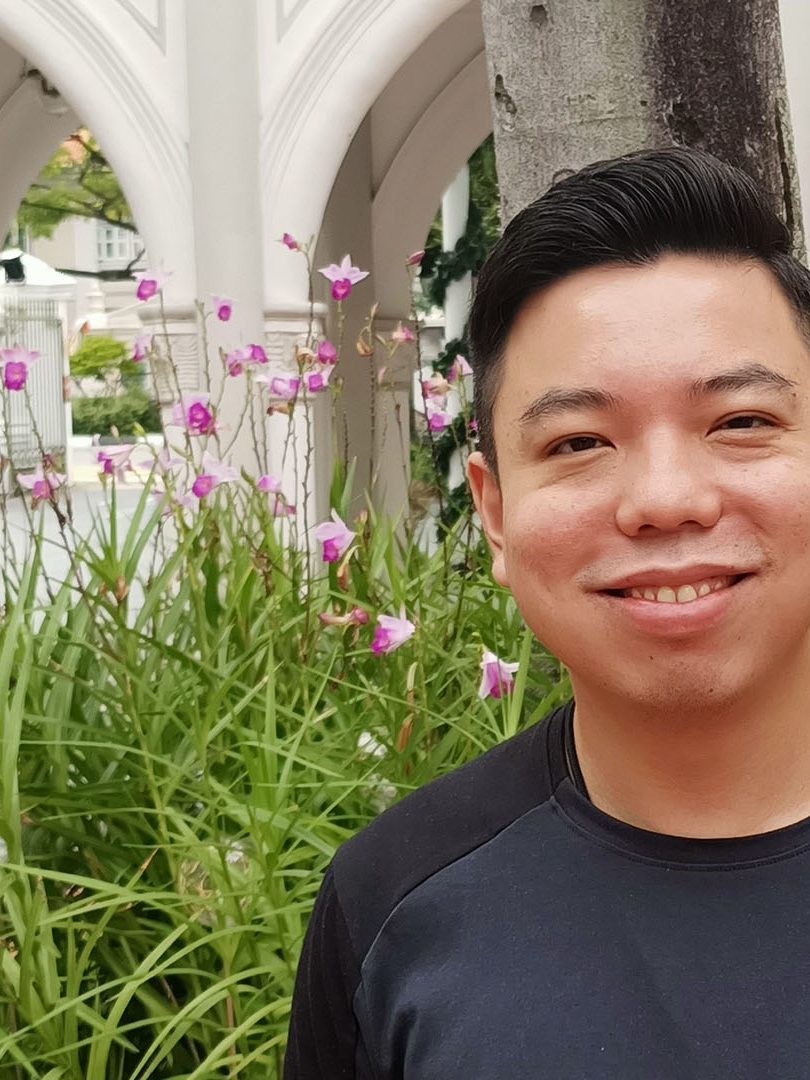 Mike Lin joined Macquarie in 2015 and has enjoyed two promotions and two internal awards for his work in Singapore’s Commodities Market Finance Operations team. Currently a Manager, Mike says Macquarie’s people and culture are different from other organisations and that he enjoys the responsibility and problem solving his role entails.

Mike Lin first got to know Macquarie while he was completing part-time tertiary business studies. He was also working in the trade finance operations team of a US corporate investment banking company at the time, and Macquarie happened to be his client.

“I handled documents for Macquarie and could see the variety of their transactions and their innovative structure,” Mike explains. “I wanted to know more about what they were doing from a trading and global finance perspective and find out about their culture.”

After completing his studies, Mike posted his CV on a finance careers portal and a Macquarie representative reached out.

A diverse and inclusive culture

Macquarie’s Singapore office is one of more than 80 globally. Located in one of the city’s business and financial hubs, the iconic Marina One West Tower by German architects ‘Ingenhoven Architects’ is known for its strong sustainable design credentials. Mike says the office’s layout encourages staff to collaborate.

“Everyone, including the traders, are on the same floor, which gives us greater contact with each other,” Mike says. “The Singapore office is home to various businesses groups such as Commodities and Global Markets, Macquarie Asset Management and Macquarie Capital as well as supporting groups including the Risk Management Group, Financial Management Group and the Corporate Operations Group, which my team belongs to.”

“The culture and people are one of the things that makes Macquarie stand out. We all support each other.”

“Everyone is open to solving problems, and open to hearing and valuing your views,” Mike explains. “It’s a culture that encourages people to be better.”

“There is a lot of effort to drive diversity and inclusion within the organisation, from awareness raising to Employee Network Group events and through to recruitment,” Mike says.

“Embracing people from different walks of life actually brings people together from all around the world,” Mike says. “We share a vision, and that creates real energy on a day-to-day basis.”

As part of the Commodities Markets Finance Operations team, which he describes as a niche team of eight people, Mike handles verification of the physical trades across the lifecycle, from issuing contracts and ensuring documents match what was agreed, through to settlements, reconciliation and accepting the funds.

“We are the control function of the back-office support for the trading business,” Mike says. “It's a dynamic environment. It’s live and reactive as things happen throughout the day.”

Mike acts as a signatory for Macquarie Operations and is a settlements approver for global trades. He is responsible for the accuracy and commercial viability of trades, working under Macquarie’s risk controls, regulations and policies.

“This means looking at the different types of settlement documents - which could be an invoice or certificate to a bank - and ensuring the transaction makes sense,” Mike explains. “You have to delve into transactions you may not be familiar with to understand what you’re signing.”

Mike says he needs a mix of technical skills and soft skills, with communication skills being vital in dealing with different stakeholders.

He has also been a representative for his division in User Acceptance Testing for several projects and integrations, including the application of swift messaging and a payments migration for settlements.

“One large project I was involved in was the development of a new inhouse system, which we built from scratch to Swift 2021 standards, where all letter of credit transaction details are stored centrally online. This ensures data integrity and facilitates efficient data retrieval for audit purposes. It also means our clients can expect their supplier to receive the collateral much faster.”

Mike says that one aspect of Macquarie that has made his life easier is that the organisation has always been ahead of the curve when it comes to flexible and hybrid working. Even before the COVID-19 pandemic struck, Mike regularly logged in early, or late, or worked from home to balance his family commitments.

He also says he experienced first-hand Macquarie’s career mobility when he was invited to spend three weeks in Houston, offering a Singapore Operations point of view to help Macquarie’s US tech development team refine a new system.

“There are so many opportunities, you just need to ask,” Mike says.

“The organisation also offers a good work life balance, by prioritising personal wellbeing. You are accountable for your work, but flexible working is truly practiced.”

Mike has enjoyed two promotions during his six years with Macquarie, going from Senior Associate to Executive in 2017, followed by the appointment to Manager in 2020.

“It’s been a fulfilling journey and I owe it to the support from my colleagues and guidance from my manager,” Mike says. “The jump from Executive to Manager was challenging but rewarding. I am managing a team of three people, solving issues and dealing with escalations, alongside the technical side of the role.”

Mike’s initiative and dedication has also been rewarded through two Macquarie-wide internal awards: one nomination was for going above and beyond to prepare year-end documents; a second was for uncovering an attempted fraud case.

“We have very robust operational risk processes in place and look at transactions in a holistic way,” he explains.

“It’s been an exciting journey so far. At Macquarie you’re truly rewarded for your contributions,” Mike says. “Alongside the open culture it’s been a real highlight.”

Explore opportunities with our teams in Singapore