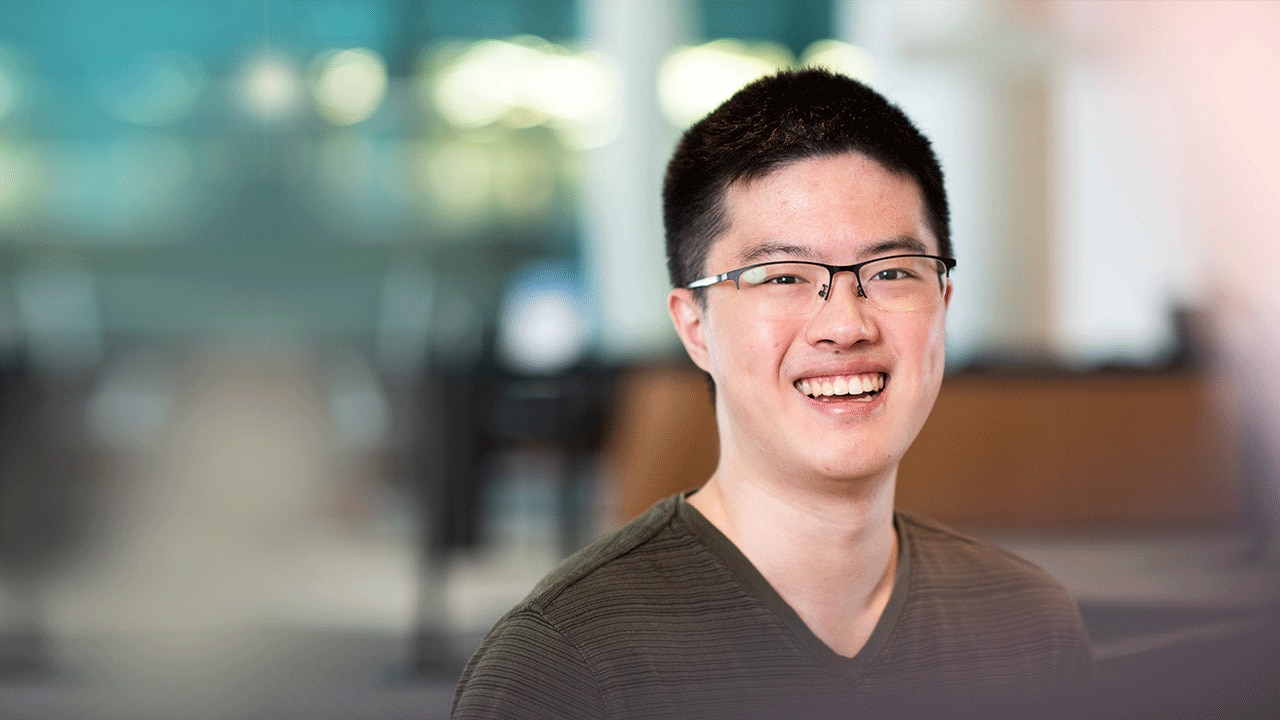 Bryant Yang: Pursuing his passions with a career in tech

Having started his career at Macquarie in 2019 as an intern in the London office, Bryant Yang has progressed to a Senior Associate in the Quant Technology team. He combines his job as a developer with raising awareness of LGBTQ+ issues through the Pride Employee Network Group.

Bryant Yang was born and raised in Toronto, Canada and relocated to the UK in 2016 to undertake a Master of Mathematics in Statistics at Scotland’s University of St Andrews.

“I was really interested in the intersection between mathematics and technology so I chose statistics because it was the perfect combination between the two. Data analytics, modeling and machine learning became my key areas of interest throughout my degree. As a part of my dissertation, I even developed a machine learning model to predict statistical outcomes,” Bryant explains.

During his time at university Bryant wasn’t sure if he wanted to stay in the UK or move back to Canada. Looking to experience working life in the UK he started searching for internships and discovered Macquarie. It didn’t take him long to realise that the organisation could be the perfect match.

Bryant started an internship with Macquarie in summer 2019. He worked with the Cash Equities technology team developing tools using the C# coding language and describes it as an exploratory eye-opening experience with a steep learning curve.

“Initially I didn’t know much about Macquarie,” Bryant admits. “However, once I started the internship I was struck by the energy and passion within the organisation.”

“I knew I wanted to work for a big organisation with a wide reach, but I also knew I didn’t enjoy a lot of bureaucracy. I like to just get into a groove and get stuff done.”

Bryant says he found the tech work interesting and was able to take on more of a developer role than he’d originally expected.

In the fast lane

In August 2020, Bryant joined the Graduate Program as an Associate in the Quant Technology team.

“Joining as a graduate in my first full-time job in a new team was exciting,” Bryant says. “I was exposed to an entirely new technology stack, working across several tools and new coding languages that I had to pick up on the job. It’s broadened my perspective and helped me develop new skills.”

Less than a year into his first role, he was promoted to Senior Associate.

“I’m still shocked about the promotion,” Bryant says. “It’s validating that I’m doing the right thing, and it’s an incentive to keep the hard work going.”

Life in the Quant Tech team

Bryant’s role in the Quant Technology team sees him working on PixelHub, a global cloud platform which is an important piece of technology infrastructure for the team he supports, and is used for data analytics, rapid delivery and on demand large scale computing resources.

“We support the quant teams in EMEA, APAC and the Americas with this technology stack so that they can do their job without needing to worry about setting up the underlying infrastructure. This includes tools such as Airflow for automating and scheduling tasks, Jupyterlab for cloud development, Dask for on demand cluster computing and Pipelines for rapid production delivery.”

Bryant’s day is typically spread across a variety of different tasks, alongside project-based work.

“My work can change from day to day. Some of my tasks include developing new applications, discovery work for new tools, user support, and general cluster maintenance,” he explains.

“One moment I might be fixing a bug from the user support channel, but other times I might be developing one of the internal Bitbucket bots, or adding features to Airflow or Jupyterhub.”

Bryant, who identifies as bisexual, recently won a Macquarie award for the significant impact and leadership he’s contributed to the Pride Employee Network Group (ENG). He is the Pride ENG’s Bisexual Representative as well as a member of the events workstream, helping to organise charitable fundraisers and education sessions. He also helps lead the internal communications workstream creating content for significant events such as Pride History Month, International Day of Pink, and Trans and Bi awareness weeks.

Being actively involved in the Pride ENG is important to Bryant as a way to create a safe space for himself and for others.

“My friends have told me stories about the discrimination that they have faced due to their sexuality,” Bryant explains. “It saddened me that they did not have a safe space to express their unique selves. Without a safe space or someone to talk to it can be hard to be comfortable in a work environment, and it can impact people in their job.”

In June and July Macquarie is celebrating Pride Month, a month for blending celebration of the LGBTQ+ community with a recognition of the progress still to be made. It commemorates the Stonewall riots which occurred at the end of June 1969.

“From my internship and my graduate year, I’ve come to enjoy all the aspects of the work culture - even during the pandemic. It has allowed me to build relationships with my work colleagues, and to join a city I've never lived in before.”

He also finds the work engrossing and is motivated by the emphasis on learning.

“It feels like I'm learning something new every single day and I really enjoy the work I've been doing,” Bryant explains.

“Every day brings a new challenge to tackle, a new thing to do, and to me, that’s exciting.”