As we look back on more than 50 years of economic success tied to the North Sea, local communities and industry with connections to the region are preparing for new opportunities as it transitions to become a globally significant centre for the low-carbon economy. The North Sea is already home to a world-leading offshore wind sector, and emerging local industries like hydrogen production and carbon capture and storage are beginning to attract significant investment, creating new jobs and growing export potential.

“The UK has a great opportunity to be the energy hub of Europe,” Martin Bradley, Macquarie Asset Management’s Head of Real Assets in EMEA, told Bloomberg News1.

Its rapidly expanding offshore wind sector not only promises to meet much of the UK’s domestic demand for clean power, but it could also be harnessed to produce significant amounts of green hydrogen. Meanwhile, the North Sea’s depleted oil and gas fields could be used to store captured carbon.

A fair wind for offshore energy

Offshore wind is already a success story for the UK, which was an early adopter of the technology. A successful programme of focused government support has helped to drive the installation of 11.3 GW of capacity2 by the end of 2021. This has created thousands of highly skilled jobs, often leveraging the deep offshore expertise developed within the UK’s long-established oil and gas sector.

But this is only the beginning, with the aim being to increase the UK’s offshore wind capacity four-fold to 50 GW by 2030 and up to 100 GW by 20503. In addition to meeting demand for power – which is set to soar as the electrification of the UK economy accelerates – offshore wind could also help kickstart the UK’s hydrogen economy.

Macquarie’s role in offshore wind has been led through our Green Investment Group (GIG). Established by the UK Government in 2012 (as the UK Green Investment Bank) and acquired by Macquarie in 2017, GIG played a critical role in helping to establish the UK’s global leadership in offshore wind. Since 2017, GIG has leveraged this UK expertise to support the growth of offshore wind in other global markets, culminating in the launch of Corio Generation in 2022. A GIG portfolio company operating on a standalone basis, Corio is a dedicated offshore wind business that is taking forward a development portfolio of 20 GW across 9 markets4.

This includes the West of Orkney and Outer Dowsing projects off the coasts of Scotland and Lincolnshire, which are anticipated to power the equivalent of more than 4 million UK households with clean electricity and aim to reduce the UK’s CO2 emissions by roughly 5 million tonnes annually once completed6. The projects should also unlock significant investment across the UK, with the West of Orkney alone representing potentially more than £4 billion of investment – including £140 million to support the development of local supply chains and infrastructure.

Helping to launch the hydrogen economy

Green hydrogen could be central to decarbonising major parts of the UK economy. First, it is needed to decarbonise current processes that rely on natural gas-derived hydrogen, such as oil refining and the production of fertilizers. Hydrogen’s high energy density also allows it to be substituted for coal and gas in steelmaking, and for oil-derived fuels in heavy transport and aviation. It will also replace natural gas in domestic and industrial heating. In addition, by using offshore wind energy to run electrolysers – which split water atoms to produce hydrogen and oxygen – there is the possibility of creating low-cost green hydrogen for export.

We are supporting initiatives which we expect to create both increased hydrogen supply and demand in the UK. Cadent, the UK’s gas distribution network, is upgrading its infrastructure to ensure it is hydrogen ready and is also trialling its use by both domestic and industrial customers. We have also invested in Storegga, whose Acorn project is the first large-scale blue hydrogen project in Scotland.

This is where the next part of the North Sea clean energy opportunity lies. The depleted oil reservoirs deep beneath the sea have the potential to be safe, long-term repositories for sequestered emissions. This could be an important solution for storing the likes of carbon dioxide captured from industrial sectors that will find it impossible or prohibitively expensive to entirely eliminate their greenhouse gas emissions by 2050. Heavy industry, like petrochemical, steel, and aluminium producers could capture the carbon emitted  to meet the UK’s net zero goals.

Exhausted oil and gas fields have been proven to offer effective long-term storage for carbon, with existing platforms, pipes and storage reservoirs in the North Sea able to be repurposed to support this new industry.

Leveraging the energy legacy and future potential of the North Sea could create a fully integrated clean energy system at scale. This could make a major contribution to the UK’s decarbonisation objectives while providing significant benefits to both the national economy and regional communities.

The development and upgrade of renewable energy, hydrogen, carbon capture storage and distribution infrastructure could deliver significant added value to the economy - creating a new energy export while helping to offset the tax relief set aside for the decommissioning of North Sea oil and gas fields. The clean energy sector is expected to create significant opportunities for well-paid employment and the transitioning of jobs currently supported by the offshore oil and gas sector.

Macquarie looks forward to playing a role in supporting the managed transition of the North Sea so it can become the low-carbon engine room of the UK’s energy system, improving security of supply at the lowest cost while meeting the UK’s net zero ambitions. 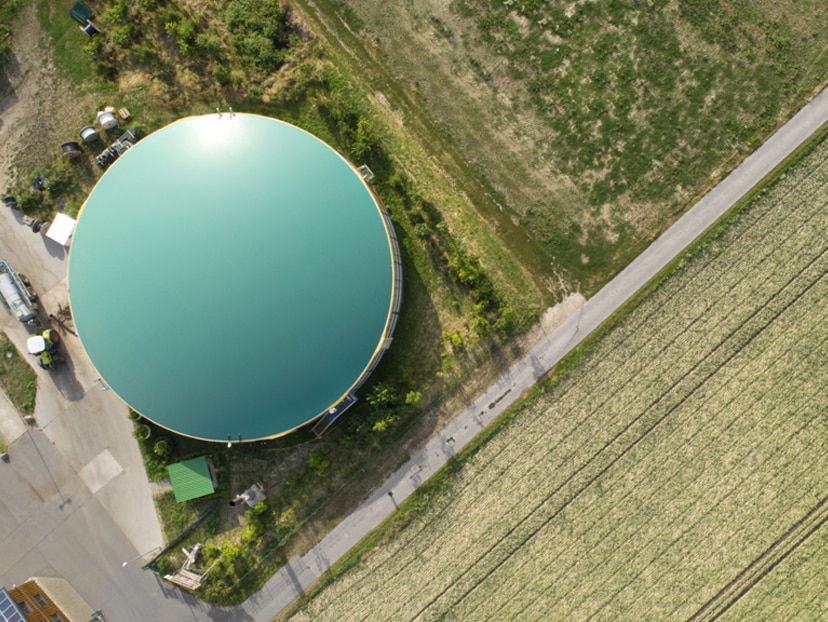