Hydrogen. As an energy source it can be deployed across a wide range of uses – from power generation and transportation fuel to industrial manufacturing and heating buildings. Critically, using it as a fuel generates no harmful emissions, and the clean technologies to scale its production are available today. Underscoring this potential, the International Energy Agency predicts that hydrogen could account for 10 per cent of global energy consumption by 2050.1

One nation that has embarked on ambitious plans to become a global leader in the development of hydrogen projects is South Korea. The East Asian nation plans to source a third of its energy from hydrogen by 2050,2 making the gas the largest single source of energy nationally. In comparison, countries within the European Union plan to source 14 per cent of their energy supplies from the gas within the same timeframe.3

During FY2021, spending on hydrogen projects by the South Korean government totalled almost $US702 million, with a further $US2.3 billion committed to establishing a public-private hydrogen-powered fuel cell electric vehicle (FCEV) market by the end of 2022.4

The private sector has played an important role in facilitating investment into the budding industry – last year, five South Korean conglomerates jointly announced plans to invest over $US38 billion into the hydrogen economy by 20305– and that is set to continue, not just in terms of financing, but through the provision of critical knowhow and technical guidance.

“The South Korean government is very engaged with the private sector, openly accepting feedback on policies and pro-market measures,” observes Joohyun Baik, Senior Manager in Commodities and Global Markets at Macquarie. “Other governments might learn from this approach.” If successful, hydrogen could potentially deliver the country KRW43 trillion ($US34.9 billion)6 in economic growth, about 2 per cent of national GDP,7 as well as 420,000 new jobs.8

The South Korean government for its part has launched plans to rapidly develop the nation’s hydrogen capabilities. Its Hydrogen Economy Roadmap of Korea aims to grow domestic annual consumption from 130,000 tons in 2018 to almost 5.3 million tons by 2040.9 Alongside the development and deployment of large-scale stationary fuel cells for power generation,4 the roadmap aspires to have almost three million FCEVs on the nation’s roads by the same date10– together with 1,200 new hydrogen refuelling stations, up from 310 today.11

Equally significant could be the Hydrogen Economy Promotion and Hydrogen Safety Management Law of 2020, which provides the industry with an overarching legal framework that outlines the requirements and expectations in areas including subsidies, loans, tax exemptions, and health and safety matters.12

Realising its ambition will, however, be challenging for a nation with a highly industrialised economy comprising an outsized dependence on sectors like steel, shipbuilding and petrochemicals – all of which consume enormous amounts of energy. South Korea’s current energy mix is heavily tilted in favour of imported fossil fuels and one of the world's highest levels of nuclear power production.13

South Korea’s plan is focused on the production of clean hydrogen – not grey hydrogen, which is created from natural gas using a process that releases carbon dioxide (CO2) – initially from two sources: blue hydrogen made from natural gas but where the CO2 is sequestered through carbon capture and storage (CCS); and green hydrogen made from entirely renewable energy progressively, the proportion will shift overwhelmingly in favour of the latter, so that by 2050, 93 per cent is green hydrogen.14

While blue hydrogen can be readily produced by imported natural gas onshore, South Korea’s domestic clean electricity generation will be insufficient in meeting its green hydrogen needs, both in the near and longer term.15 It must therefore supplement its requirements through imports.

From plans to reality

Several countries could potentially provide these hydrogen imports. “With an abundance of solar and wind power, Australia is an ideal candidate,” says Anna Park, Co-Head of Asia Energy Research in Macquarie Capital. Australia already exports hydrogen to Japan via the world’s first liquid hydrogen carrier,16 while the Australian and South Korean governments have recently inked agreements to support each other’s hydrogen plans.17 Park says another potential exporter is the US, which plans to build the world’s largest green hydrogen hub in South Texas, powered by 60 GW of solar and wind power.18

In the near term, exporting green hydrogen from these markets will likely be in the form of ammonia, Park adds. Liquid ammonia’s high density, low storage pressure and stability during long-term storage make it more cost-competitive to ship than liquid hydrogen.19 As of early April 2022, treating and shipping liquid ammonia costs about KRW1,760 ($US1.46) per kilogram of hydrogen (kg-H2) versus about KRW1,920 ($US1.60) kg-H2 for liquid hydrogen.20

Aiming to reduce costs for its domestic end users, South Korea has duly rolled out price targets. “The government plans to halve the cost of hydrogen by 2040, while increasing supply tenfold,” Park explains. The price of hydrogen is in turn predicted to fall – from about KRW6,000 per kilogram (kg) ($US15.18/kg) today, to KRW4,000/kg ($US2.59/kg) within 18 years.21

For South Korea’s hydrogen plans to take flight, access to private capital will be critical. Minkyu Im, Associate Director in Macquarie Capital, views the country’s power generation market as a sector to watch: “A fixed margin set by the government makes fuel cell power plants attractive, especially from the perspective of financiers new to the South Korean market," he notes. "We are also pursuing a hedge for the price of hydrogen 20 years out, which will provide more comfort to our partners.” These circumstances make investments in greenfield projects more viable, Im adds.

Providing incentives to operators and asset managers should lure greater private sector participation. “The current concessional financing focuses on infrastructure investment, but if it provides operational support, projects will be more attractive to private capital,” says Baik. “For example, hydrogen refuelling stations can receive a one-time grant of up to 60 per cent of their funding cost. But typically, these stations don’t last for more than three years due to poor demand,” he notes. “If a grant is provided to maintain these stations, there would be an established cashflow, which should entice private capital.”

Scalability is also key. For this to happen, the large global companies with advanced technology in hydrogen should be encouraged to collaborate with local businesses, Baik says.

By incentivising these companies to share know-how and technology, the market will have a strong pipeline of developers and financiers who will all benefit. While at the same time, the market gets bigger and easier to enter for all.”

All parts of the hydrogen economy must simultaneously grow together. This is especially the case in the hydrogen vehicles space. “Both FCEV makers and charging station infrastructure are dependent upon one another, and until one of the segments shows a firm commitment to build out volume, the other segment will continue to be reluctant to invest,” explains Soojin Lee, Managing Director in Macquarie Asset Management. “When a sizable market is formed, then investment of private capital into refuelling stations will follow, particularly in hub sites for commercial trucks and buses that have routine routes.”

To help overcome this challenge, the South Korean government recently rolled out subsidies on hydrogen vehicle purchases of up to 50 per cent.22 This should encourage further purchases of FCEVs by end users and prompt vehicle makers to make more units, while encouraging charging station builders and operators to grow their presence nationally.

Many different types of businesses are required for this journey to become a reality. For instance, Macquarie’s role is to connect investors and businesses with growth opportunities, whether in hydrogen or across other industries. The group’s commitment to hydrogen is a global affair. The potential for multiple industry actors to work in tandem is perfectly illustrated by Macquarie’s involvement in the NorCAL ZERO project in Northern California, US, where the group partnered with South Korean automotive conglomerate Hyundai and several others in the leasing of 30 hydrogen trucks to logistics provider Glovis America. The project will save an estimated 6,690 tons of CO2 per year.23

With $A63 billion ($USD44.7 billion; as of 25 May 2022) invested and allocated in the production of green energy since 2010,24 Macquarie is a major player in the renewable energy space, especially in South Korea. In 2020, Macquarie’s Green Investment Group and TotalEnergies signed a series of agreements to co-develop a portfolio of five floating offshore wind projects in South Korea with a total capacity of 2.3 GW.25 These projects underscore our commitment to accelerating the transition to a low carbon future.

“South Korea’s plans for the future underscore the economic, social and environmental potential of the hydrogen economy,” says Baik. “With access to private capital and committed partners like Macquarie Group, not only can the hydrogen economy be realised in places like South Korea, but on a truly global scale as well.” 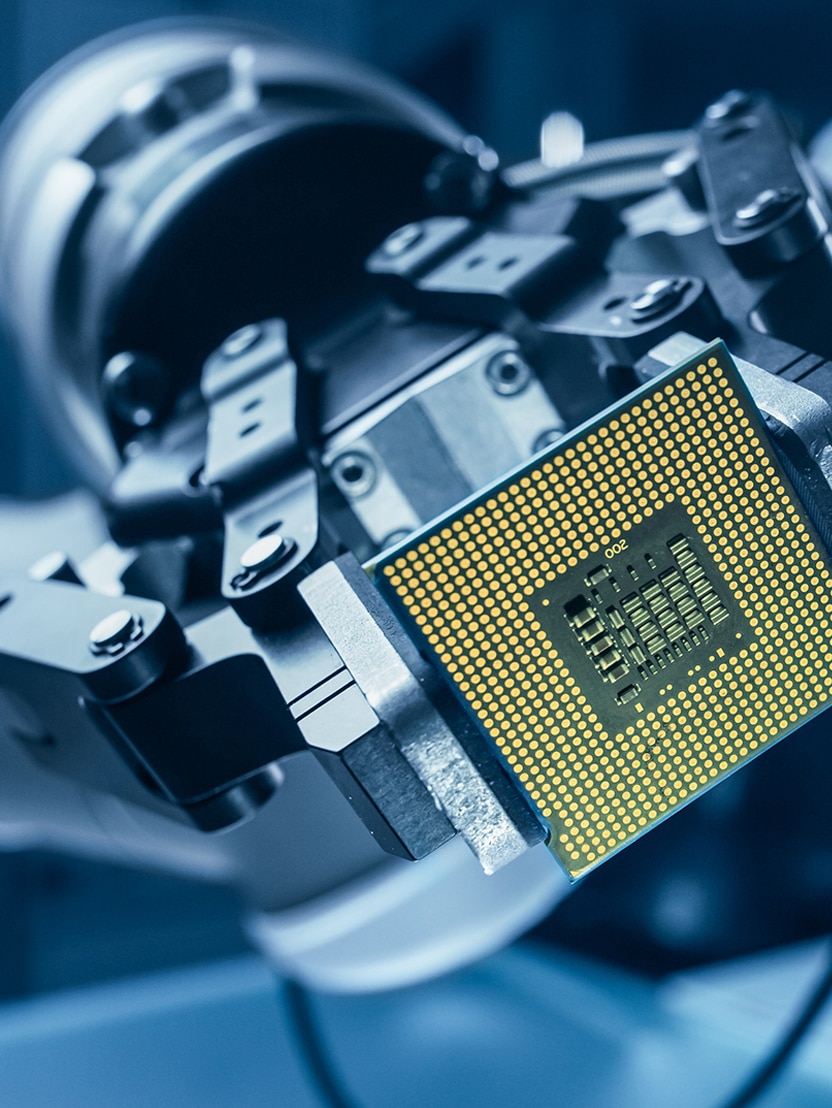 Why China is focused on a robotic future 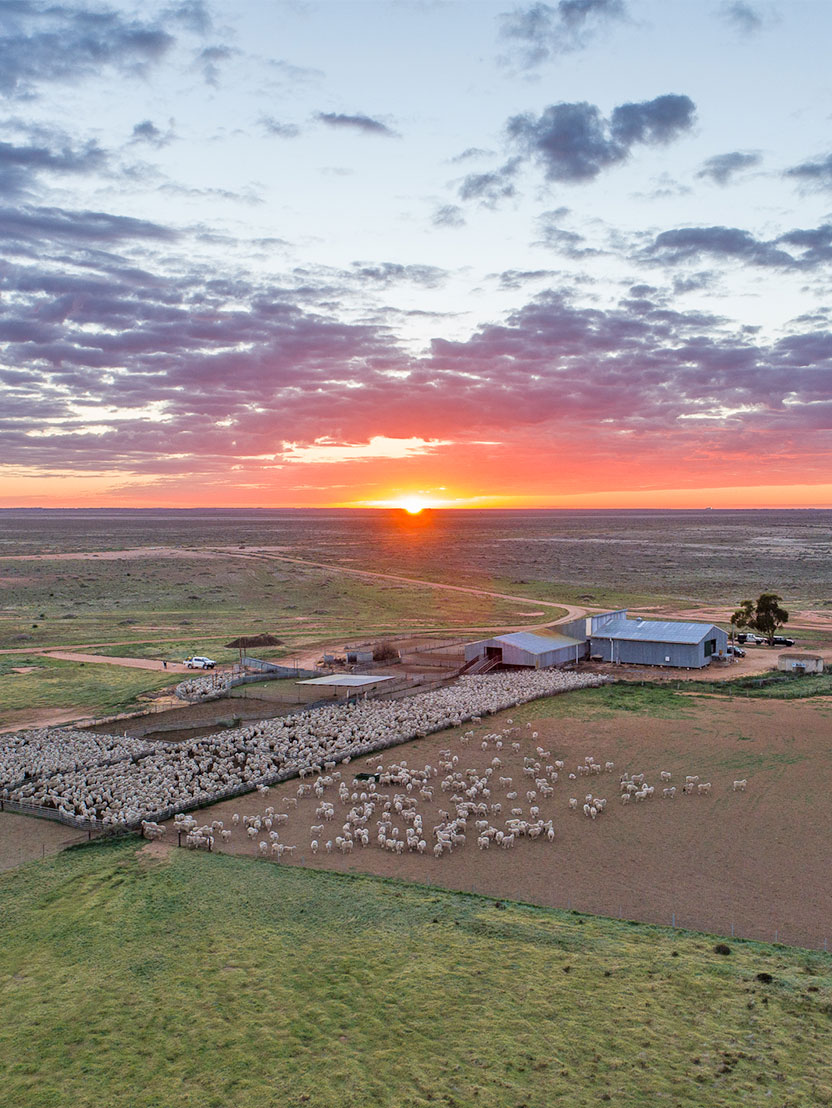 Nature-based solutions and the evolution of agriculture 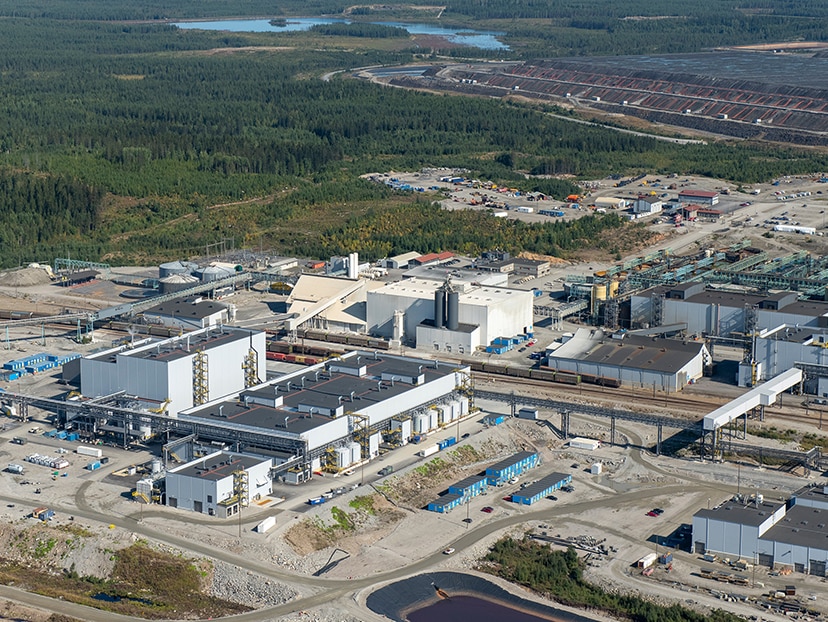