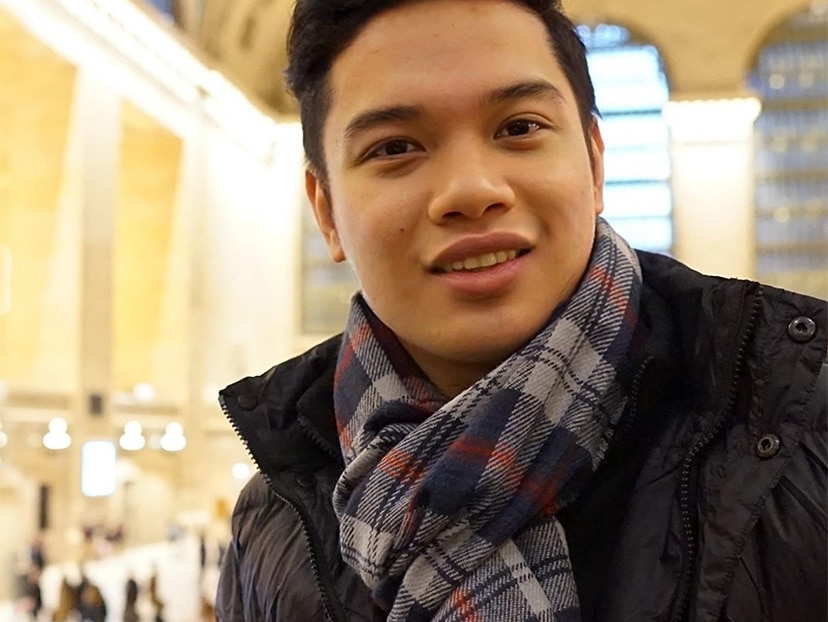 This May, Macquarie Pride Manila is celebrating its five-year anniversary. Ivan Ramosa, a Manager in Risk Surveillance for Commodity Markets and Finance, was integral in establishing Manila Pride in 2017 and has been its co-chair for many years. Ivan speaks about his work within, and outside of Pride, and the career and global mobility that has seen him work in Macquarie Manila and Jacksonville offices.

This May, Macquarie Pride Manila will celebrate its fifth anniversary with a global unveiling of the Pride flag across network groups in the region. Locally, there will be a trivia night and other festivities, which Ivan Ramosa, a Manager in Risk Surveillance and co-chair of Pride, helped organise.

“I want to create a safe space for everyone to be themselves at work,” Ivan says. “The Pride Employee Network Group helps, because proper LGBTQ+ representation increases visibility, awareness, advocacy and allows people to bring their whole selves to work, so they can be more authentic and effective.”

Ivan says the Pride network group has changed perceptions over its short history and has been a way of helping embed allyship, diversity, equity and inclusion into the workplace culture of Macquarie.

“Macquarie has a diverse culture where everyone is encouraged to speak up,” Ivan explains.

Making an impact with the Pride Employee Network Group

The fact that Manila’s Pride network group exists is testament to Ivan’s initiative. In 2017, he spotted a gap for a group that addressed the needs of the already strong community of LGBTQ+ employees working in Macquarie’s Manila office. He mentioned it to his director, who suggested Ivan could be the one to drive the establishment of Macquarie Pride Manila.

“There was an appetite for it, but it needed someone passionate who could sustain the push for the community and grow it organically,” Ivan says. “Manila Management Committee and Human Resources helped me to find the right people within the organisation.”

“There are no empty promises,” Ivan says. “Macquarie walks the talk.”

“We’ve achieved a lot in five years and we continue to educate and inform,” Ivan says. “We invite experts to talk about unconscious bias and stereotypes, and help people engage with the issues we want to understand and champion across the broad spectrum of the LGBTQ+ community.”

Pride has run information sessions on topics including Sexual Orientation and Gender Identity Expression, alongside social events such as Pride Bingo.

A career outside Pride

Ivan graduated with a Bachelor of Science in Business Administration and then spent three years working as a research analyst with a global news provider.

In 2013, well before the Pride network group existed, Ivan joined Macquarie as an Associate in global data management, where he worked in the market operations division, within the Corporate Operations Group.

“Moving to Macquarie meant working in a different industry, but it aligned with my skills in data collection and processing,” he explains. “I was looking for career development and a former colleague suggested Macquarie to me. I could see it offered internal and global mobility.”

It wasn’t long before Ivan saw this mobility play out in his own career. By 2015, he was promoted to Senior Associate. In 2016, he then made a lateral move into e-communications surveillance as an Analyst, within the compliance division of Macquarie's Risk Management Group.

Ivan expanded his skillset with the global risk surveillance team, undertaking surveillance analysis of electronic communications and relevant trades. In 2018, he was promoted to Senior Analyst.

Global opportunity in the face of a pandemic

In 2019, when a role became vacant, rather than hire a contractor, Ivan was identified as an ideal candidate to fill the role.

“I was chosen and enjoyed six months of travelling and working in the United States, building relationships with senior stakeholders and working on escalations as a subject matter expert,” Ivan explains. “Then COVID-19 hit.”

While his skills and expertise were recognised with another promotion in mid-2020, Ivan says the challenges and isolation of working from home in a new country took its toll.

“I’m a social person, so I found living alone during lockdowns very hard,” he explains. “I loved the work but being solitary abroad during the pandemic caused me stress and anxiety. I kept the lines of communication open with my manager, who supported me to find an option to return to my family in Manila.”

In 2021, Ivan headed back to Manila to become a Manager in risk surveillance, leading the team responsible for e-communications, voice and trade surveillance for Commodities and Global Markets, Macquarie Asset Management and Macquarie Capital.

“It’s a different role, I’ve gone from an individual contributor role to people manager,” Ivan says. “I'm focused on the bigger picture, with an outward perspective on risks, resourcing and solving issues; and a focus on my team, which requires empathy.”

“I believe opportunities only knock once and you have to take them,” Ivan says. “And in my nine years with Macquarie I’ve been lucky enough to embrace many opportunities.”

Ivan counts his work with Macquarie Pride Manila as one of his career highlights, alongside his time in the United States.

“I love the culture at Macquarie and the feeling of being heard,” he says.

“My ideas are always heard because Macquarie is an organisation that values diversity of thought.”

“Macquarie genuinely empowers its people,” Ivan says. “I am given the liberty to drive the work I’m handling in risk surveillance and to organise the way it’s done. We’re always encouraged to develop initiatives, seek opportunities and be accountable.”

“This empowerment has given me not only career growth and global mobility, but it has also enabled me to set up Macquarie Pride Manila and help it grow over the last five years.”